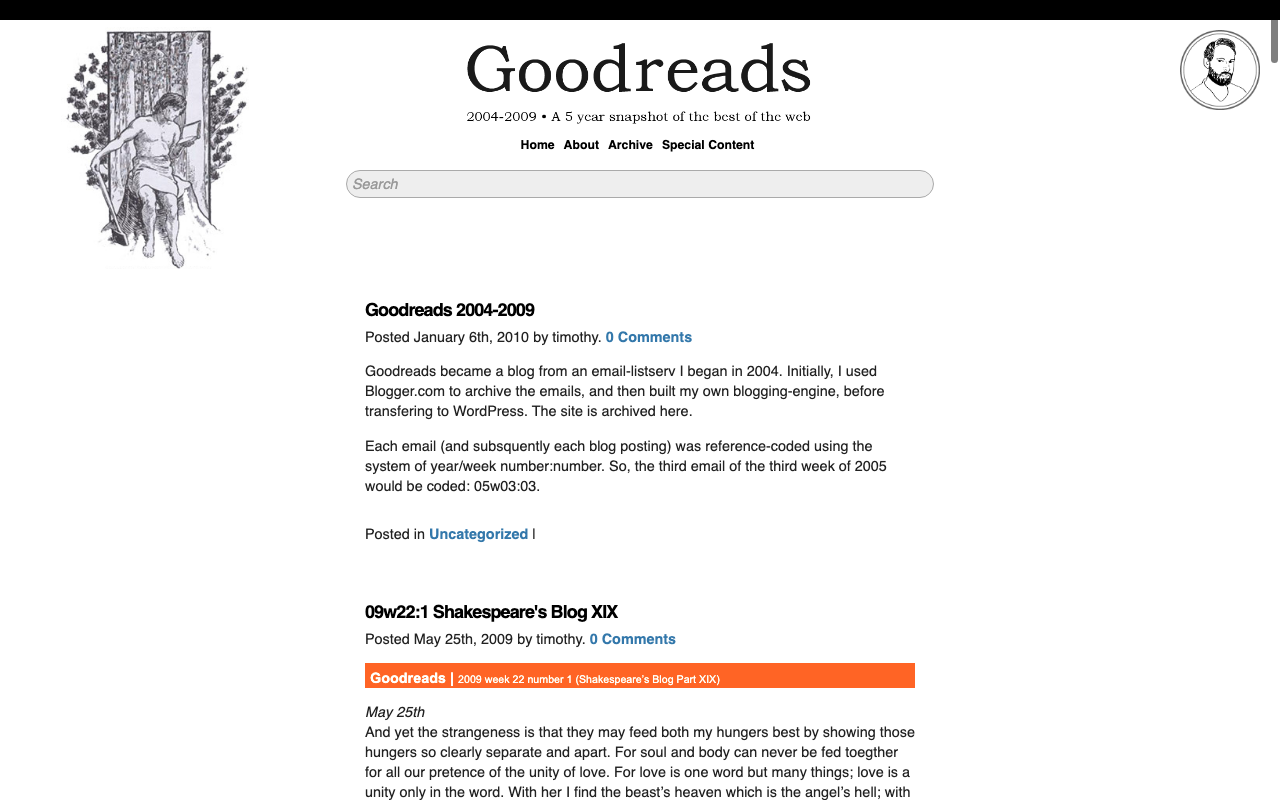 I no longer own the 'goodreads.ca' domain but before the Goodreads.com site began I ran a email newsletter and blog, which is now archived at goodreads.timothycomeau.com (→ new tab). This consisted of articles that I'd run across and wanted to share with my subscribers. For organsiational purposes each email was coded in a Year-Week-Count format. For instance, in the list of the last emails sent in Septemmber 2009 are ones coded 09w20:1 to 09w20:4, which says four emails were sent in week 20 of 2009.

A lot of those links are now broken, which shows the idea that "once it's on the web it's around forever" is largely untrue.