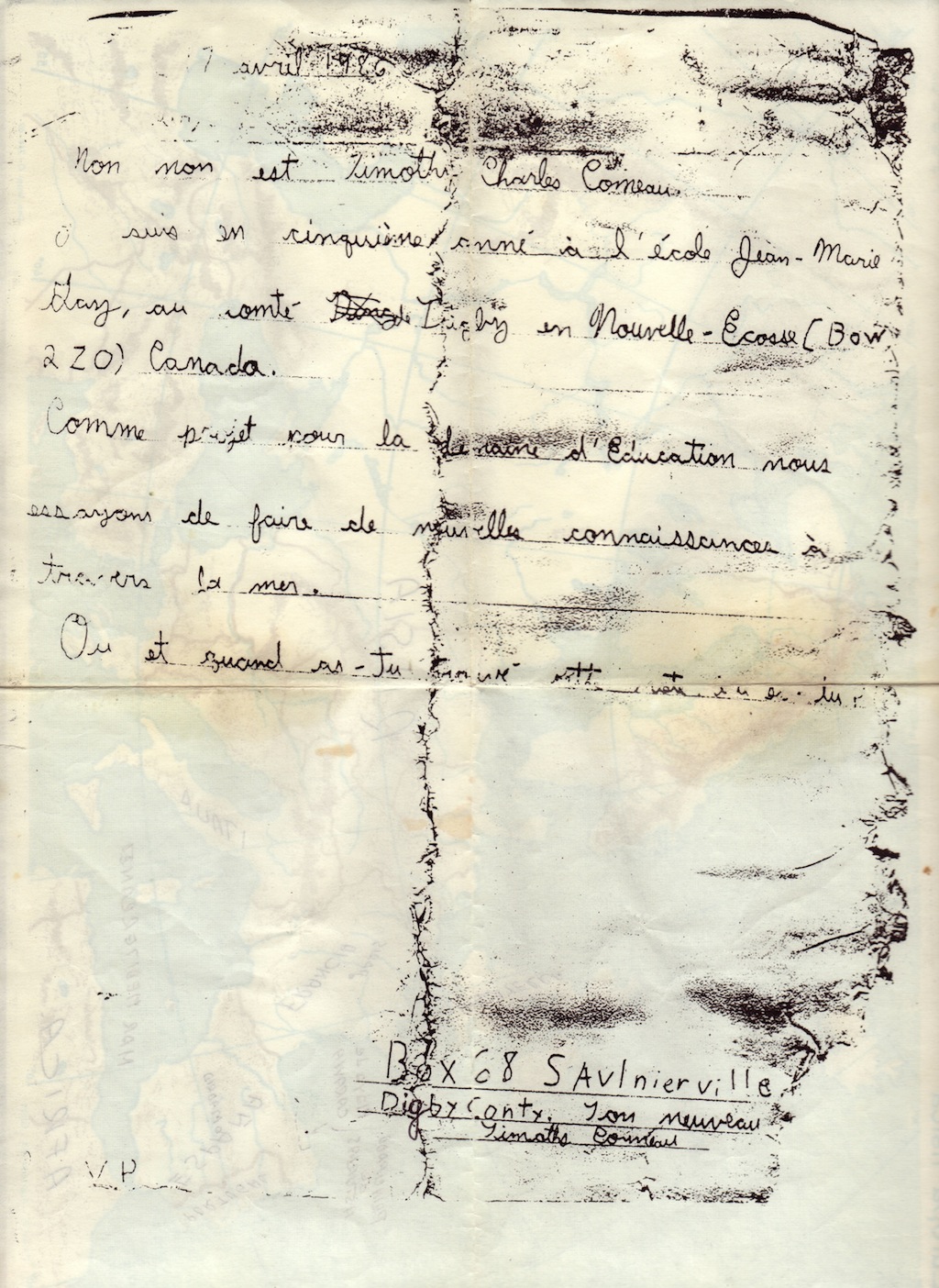 My name is Timothy Charles Comeau.

I am in 5th Grade at Jean-Marie Gay School, in the county of Digby in Nova Scotia (BOW 2Z0) Canada. As a project for Education Week we are trying to meet new people through the sea. Where and when have you found this letter? Who are you?

At this moment you in the process of participating in the adventure of new Robinson Crusoe. Mister found your message, on the sand of the beach, which you sent with the illusion that someone terrestrial finds it and would be interested in its emissary.

From Nova Scotia the message traversed many km until its arrival in the North of Spain, our country, in Principality of Asturias, more exactly in a small locality with a beach called CARAVIA where almost everyday we walk the beach. It is this way that he found it.

We are sending you the map of Europe with the location where the sea threw your message and an Asturian responds with this letter.

With much imagination we can suppose the grand adventures of this little vessel, so fragile and which brought to a reality your desire for universal communication.

The same as other children, like you, future men, who could live with families in other countries, a long way from parents and country, but with the hope of arriving at the same end as your bottle.

The person who writes you now is not the same as who found the message. It is a friend of the family with a knowledge of a little French and who, at this moment this year, has a son studying at the Wolf Point school and who is living with Mr and Mrs. Owens 1001 - 3rd Avenue North, 59201 Montana USA. He is named Pelayo Palacio Banquo and he is 16. He speaks perfectly French, English, and also German and Spanish, and he would be very happy if you sent him a message. His phone number is 506-65-32344.

The date of your communication is 17 April 1986 and Mr. received it the 28th of February 1988, two years to travel from Canada to Spain. As you can see, this method is much more faster in the 20th Century than that employed by Christopher Columbus in the 15th Century.

With our warmest wishes, 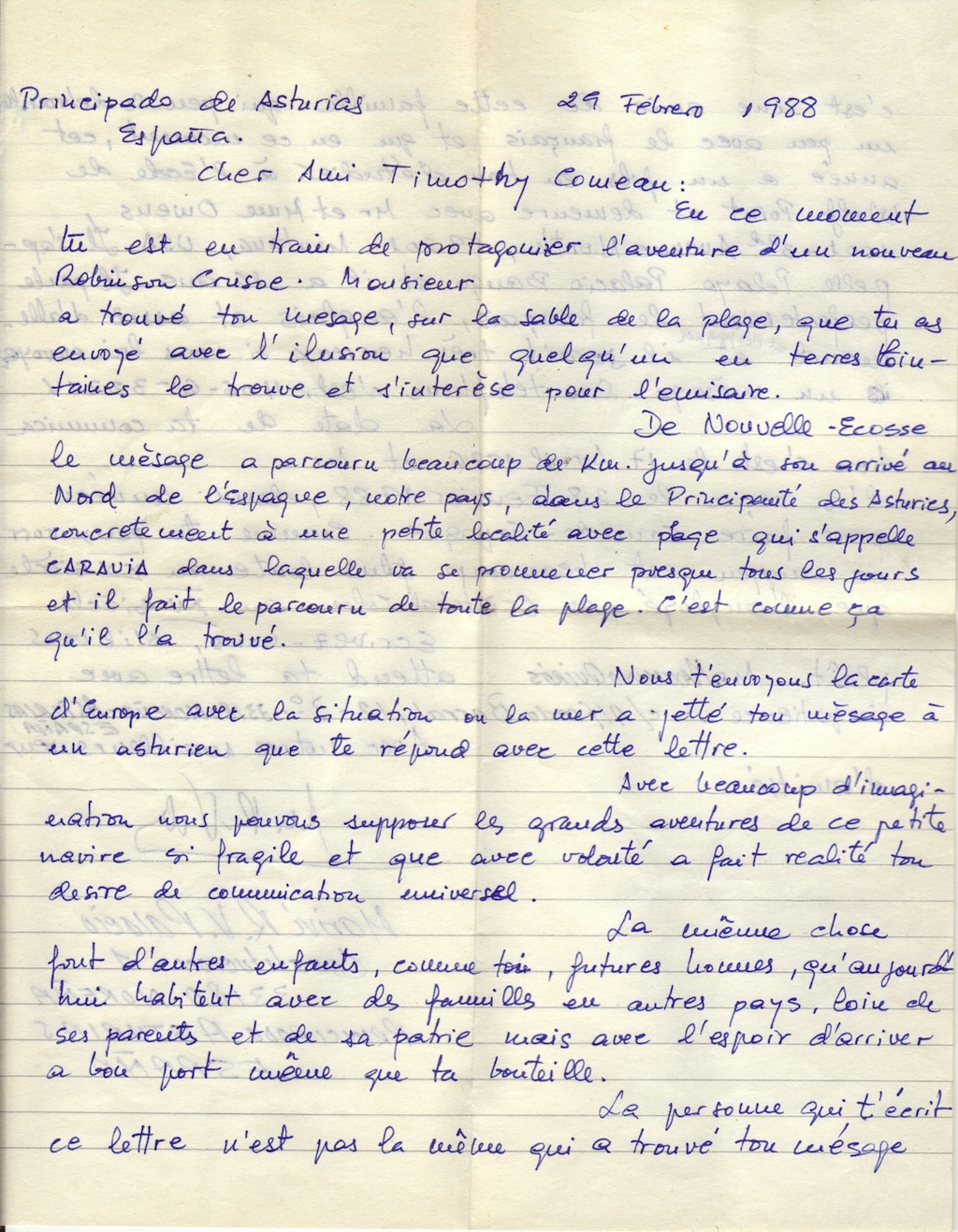 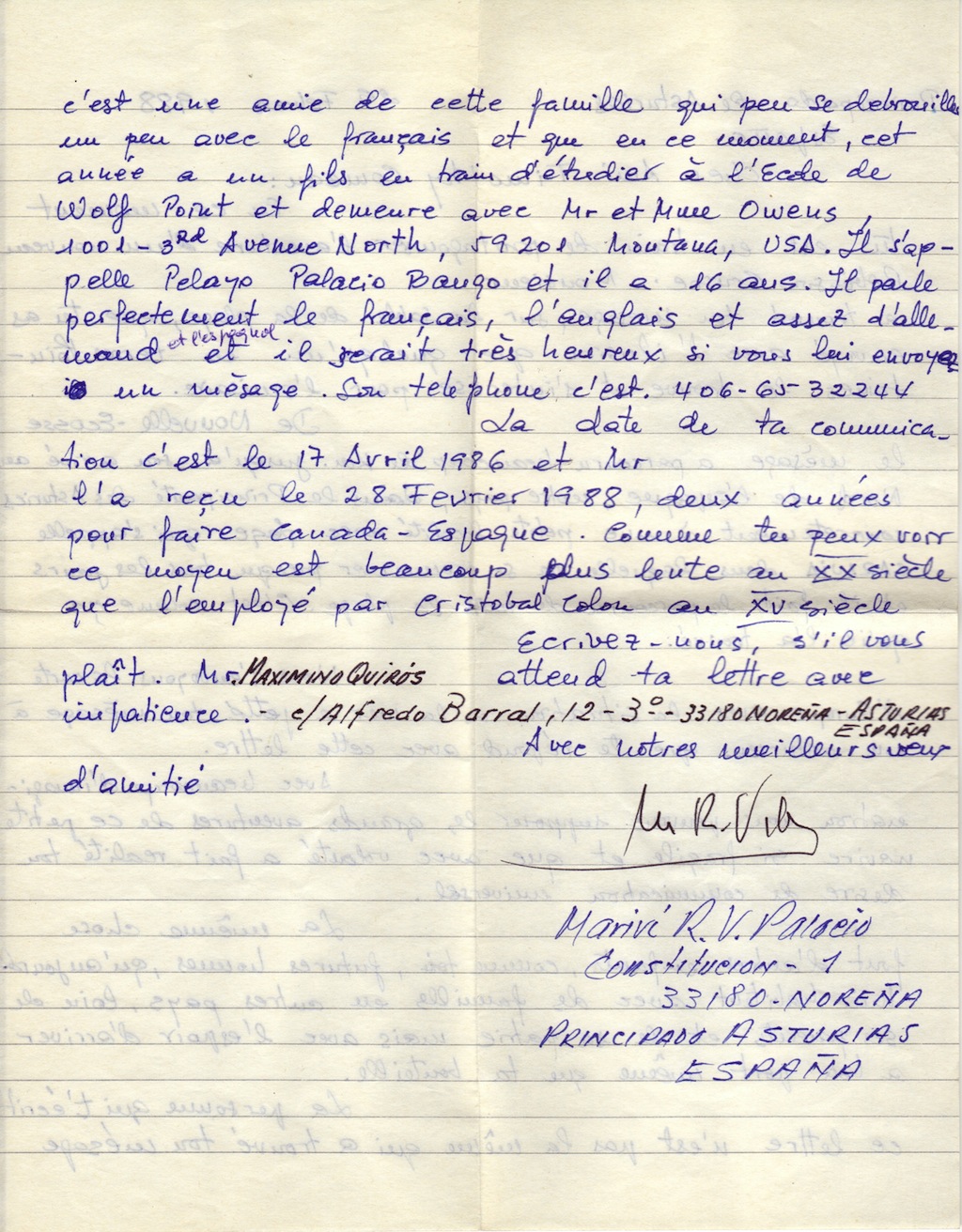 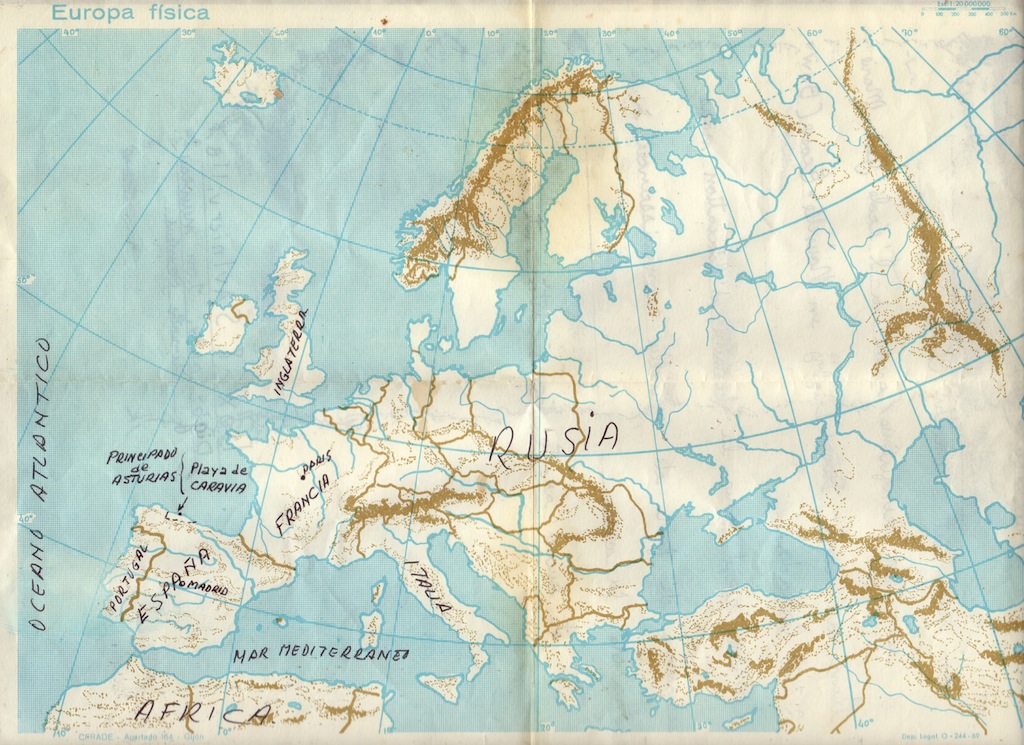 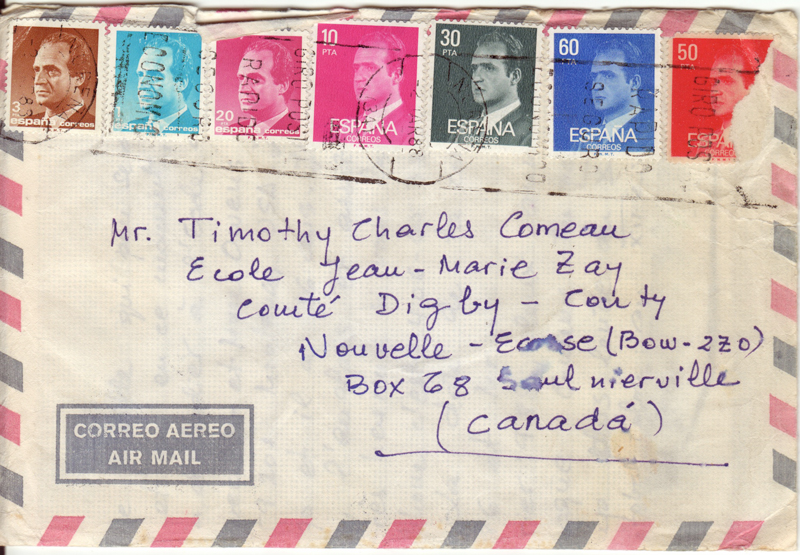 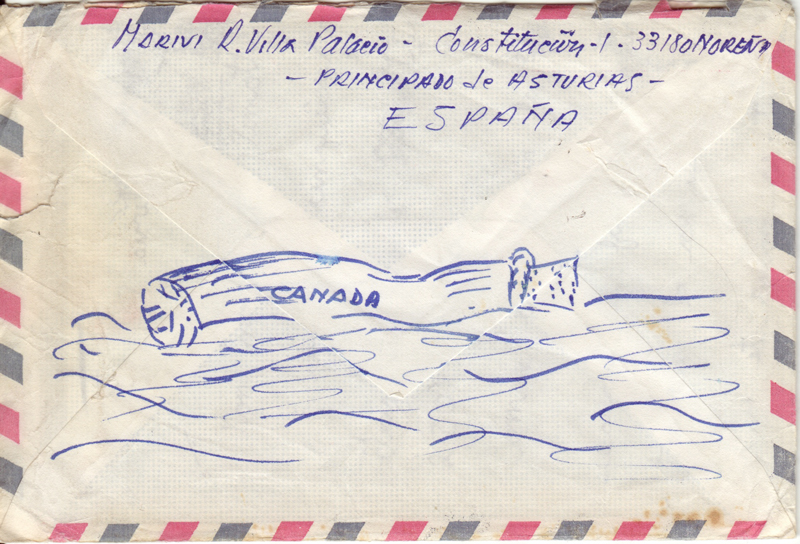