Currently I'm a web developer with an interesting past.

I was born in Toronto and grew up in Nova Scotia. I studied in Halifax, then moved back to Toronto following my studies. Because I'm out and about in the city a lot, I can be found on Google and Apple Maps Streetview.

I was involved in the arts for a while, and began web-dev professionally after a series of temp office jobs.

During my time in the arts I began to brand my art work with self-portraits.

I often joke that going to art school in the late ’90s was just prep-school for the 21st Century. I took intro courses in analog black & white and colour photography which taught me how to Instagram (→ new tab) years later.

Otherwise, I paint and I draw and I don't like to talk about it because Canada has no real appreciation for culture. Other opinions and thoughts can be found in my collection of online writing. 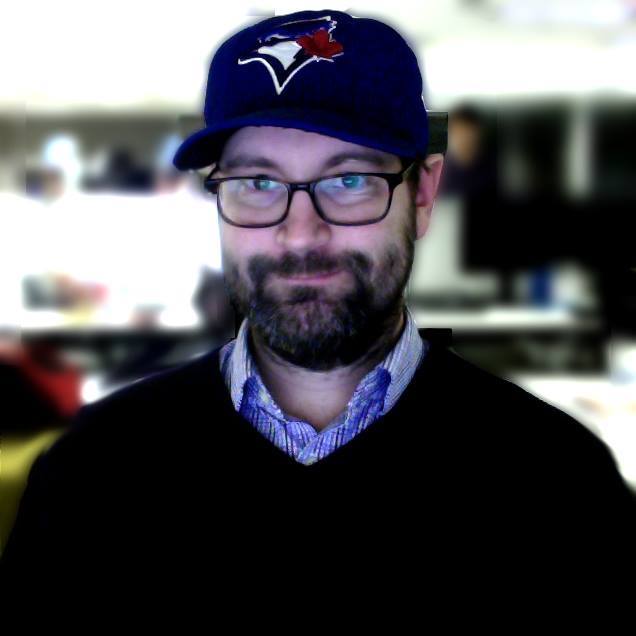