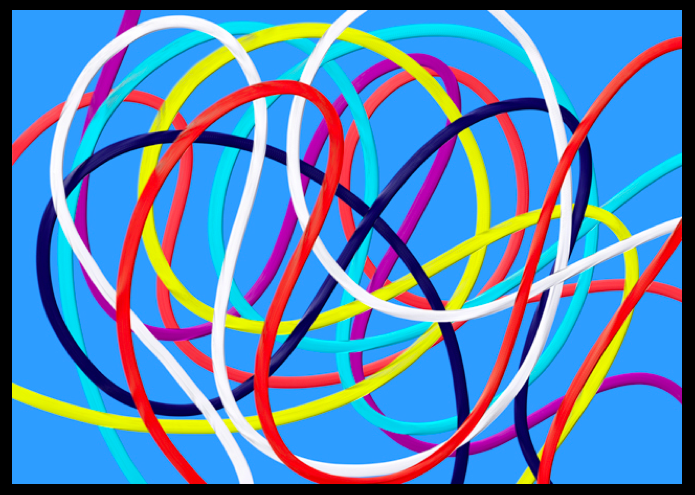 Alex Livingston, Untitled Chromira Print on Dibond 2010 48in x 68in, from the Leo Kaman website

“The sketchbook tradition has pretty much died out,” he says. “The sketchbook offered a lot of portability, as you generated ideas on the go. I now travel with my drawing tablet and my laptop.” — Alex Livingston, as reported by Peter Goddard, The Toronto Star, Jan 12 2011

Goddard in speaking with Livingston for his show (currently on at Leo Kamen Gallery in Toronto) explains that he’s currently using a Wacom tablet with his laptop, as opposed to paints and paper. I know myself, I looked into getting a Wacom tablet in 2009, but decided against it for the time being, as I still like using inks and brushes, and would prefer that tactility while image-making, as it’s just as easy to scan afterward as it is to create it directly through the computer.

What I wonder about though, is the measure of this shift. I came of age, and was inspired to be an artist, through the experience of 500 year old materials. Notebooks, manuscripts, paintings, and the older the better. I saw myself was working within that tradition, in effect creating things that would themselves be 500 years old one day. What then, is truly going on (what is the measure of this shift) when a professor at a prestigious art school says “the sketchbook tradition has pretty much died out”? If I were to ask, “will people in a century even understand paper?” is there an analogy which will help me understand what that experience will be like?

Related: How it’s been
Document History