Everything makes sense up until the 1960s. Essentially, artists were craftspeople throughout history. Michelangelo really was only a house painter, employed to illustrate The Bible. Money made the work more ornate, but the Old Masters were craftsman employed to create images such as portraits and decorated ceilings.

In the 19th Century, industrialization invented oil paint in tubes. Suddenly artists could take trains out to the countryside to paint landscapes on the weekend. (Why they wanted to paint landscapes has to do with the-then-new Romantic sensibilities). Painting outdoors, they became more interested in capturing their impressions of what they saw, rather than spend a lot of time on finishing the work according to the standards of the day.

Because what the academics were doing was boring, the Impressionists gained popularity, due to their example of allowing an artist do to whatever they wanted. So by the time Picasso begins working, he’s all like fuck it, I’ll just draw some crazy shapes and give them eyes and call it a portrait. 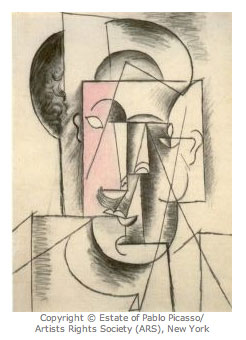 Picasso distorts art history here, as the galleries get hip to what he’s doing, and realize they can sell his stuff for all sorts of reasons, including the radio-land sense of a new civilization based on cheap energy, and so Picasso has a chateau-based life of daily doodling which sells for millions. The distortion he creates in the art market means that artists all over the Western world think to themselves, ‘if he can do it, I can do it’. Craftsman working in the 15th–19th Century traditions (late 19th Century academics and contemporary place like the Academy of Realist Art) get marginalized in favour of the gang after Picasso’s easy money and easy lifestyle.

Basically, by the 1920s, artists have full license to do whatever they want. Picasso can call geometry a portrait, and in New York Marcel Duchamp can call a urinal a fountain. By the 1950s, artists are all like, fuck portraiture, use a camera for that, let’s just put colours together. Imagery is boring. 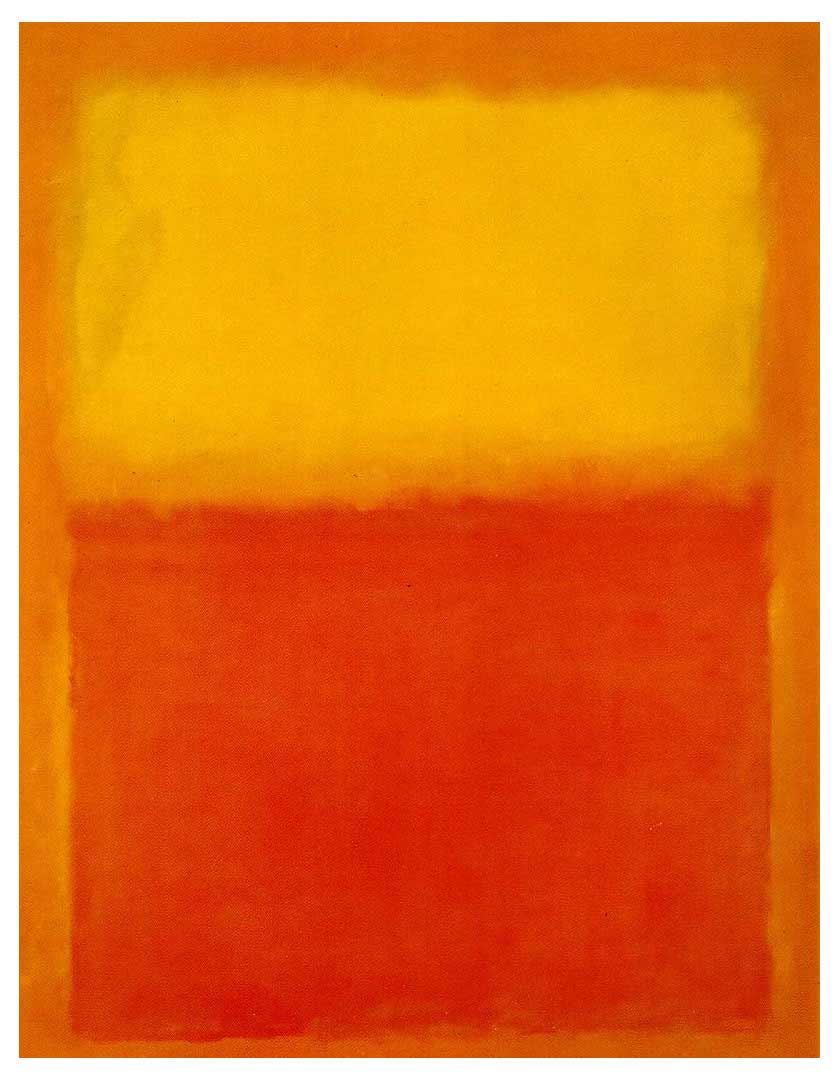 Artists are now doing whatever crazy shit they want to do. A bed with paint splashed on it? Fuck it, why not.

By the time we reach the 1960s, there has been a full breakdown of the tradition of craftsmanship.

Also, by this point, the technologies of video & film have begun to appear, so by the 1970s, a first generation of tv babies have arrived and want to make their own tv shows, producing a lot of black & white and unwatchable television. Technology is cheap, and artists are no longer just craftspeople asked to make a statue for a garden or decorate a ceiling, they’re now in the business of ideas. Books, words on walls, videos of Buddhas staring at themselves: an explosion of cleverness and wit. The Picassoesque art market is able to absorb, promote, and sell all this stuff, to both rich people but also to Institutions. 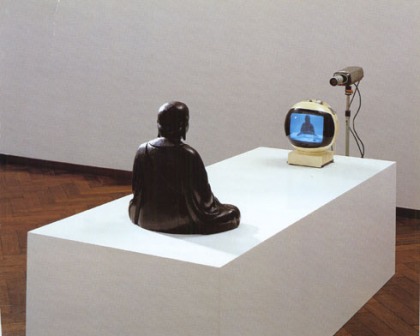 We’ve now had half a century (1960-2010) of crazy-shit art. The aesthetic experience written about by 18th Century philosophers has been replaced by the WTF? impulse. Artists today are not seeking to generate emotions of the sublime or of disinterest, but rather evoking a sense of bewilderment in the viewer is seen as an achievement.

The decline of craftsmanship has been compensated for by the ego of the artist: like Duchamp, Picasso, the unwatchable video artists, the message is, yes, anyone can do this shit, but I did it. In that not all artists are insufferable egotists, a subtext to this strategy is the belief that the variety of human experience should mean that their ideas, presented through gallery or however, may be valuable to someone. The artist offers their work both as a self-promotional vehicle, but also as something that another may find useful. (Quite often, it is most commonly used as a conversation topic).

I could also refer here to Richard Rorty’s definition of genus as the useful obsession by others. Private obsessions we just call crazy, but when an individual’s ‘craziness’ opens new avenues for others, we consider that person brilliant (as in ‘they light the way for others’). The postmodern condition of this half century has been one in which people are free to make up their own truths. While it is a sign of mental health to be aware that not everyone thinks the same, when exploited it can be dangerous (ie truthiness). The crazy-shit art of the contemporary is reflecting the many truths competing for attention, and the multitude and anarchy of art-products and art-production today offers a variety of individual obsessions seeking to be useful by others.

2. Another Brief History of Western Art

The Roman portrait bust is representative of the craftsmanship of the era, used for public-relations purposes and to document the individuals of a time and place. 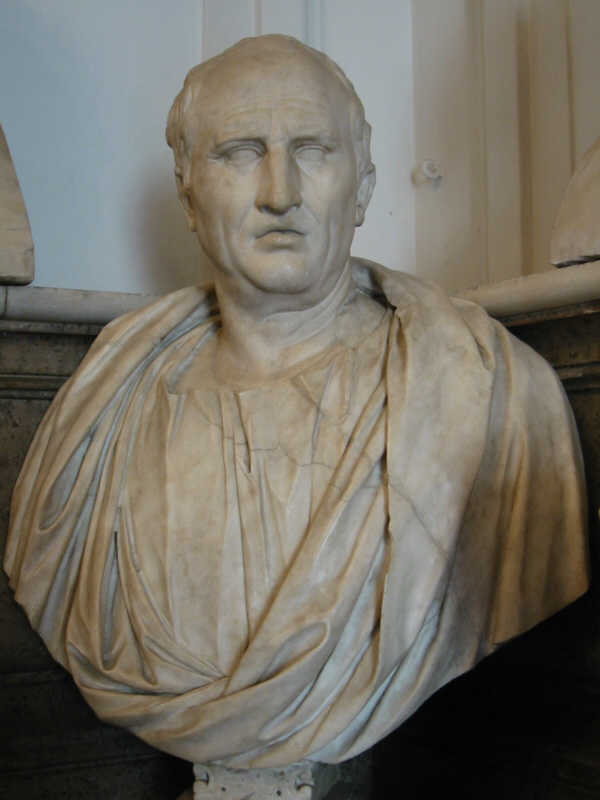 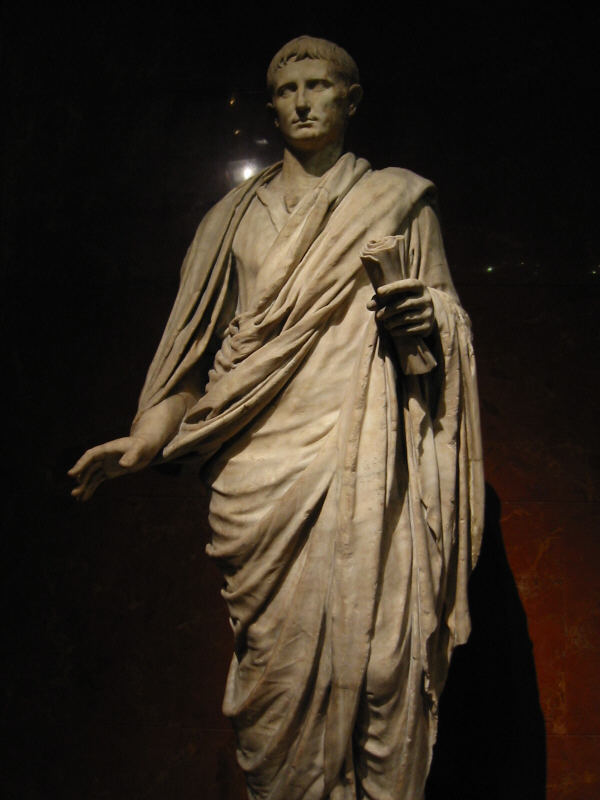 By the end of the Empire, the busts had declined in quality and become stylized. 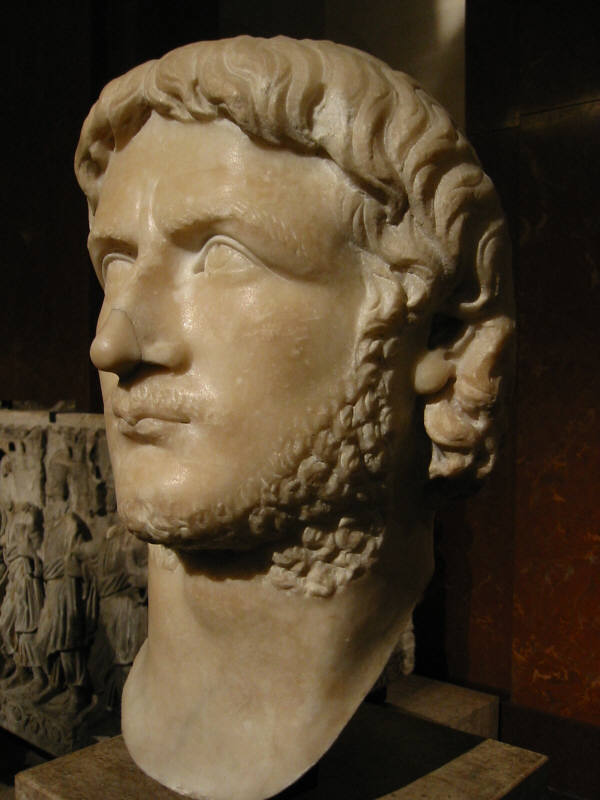 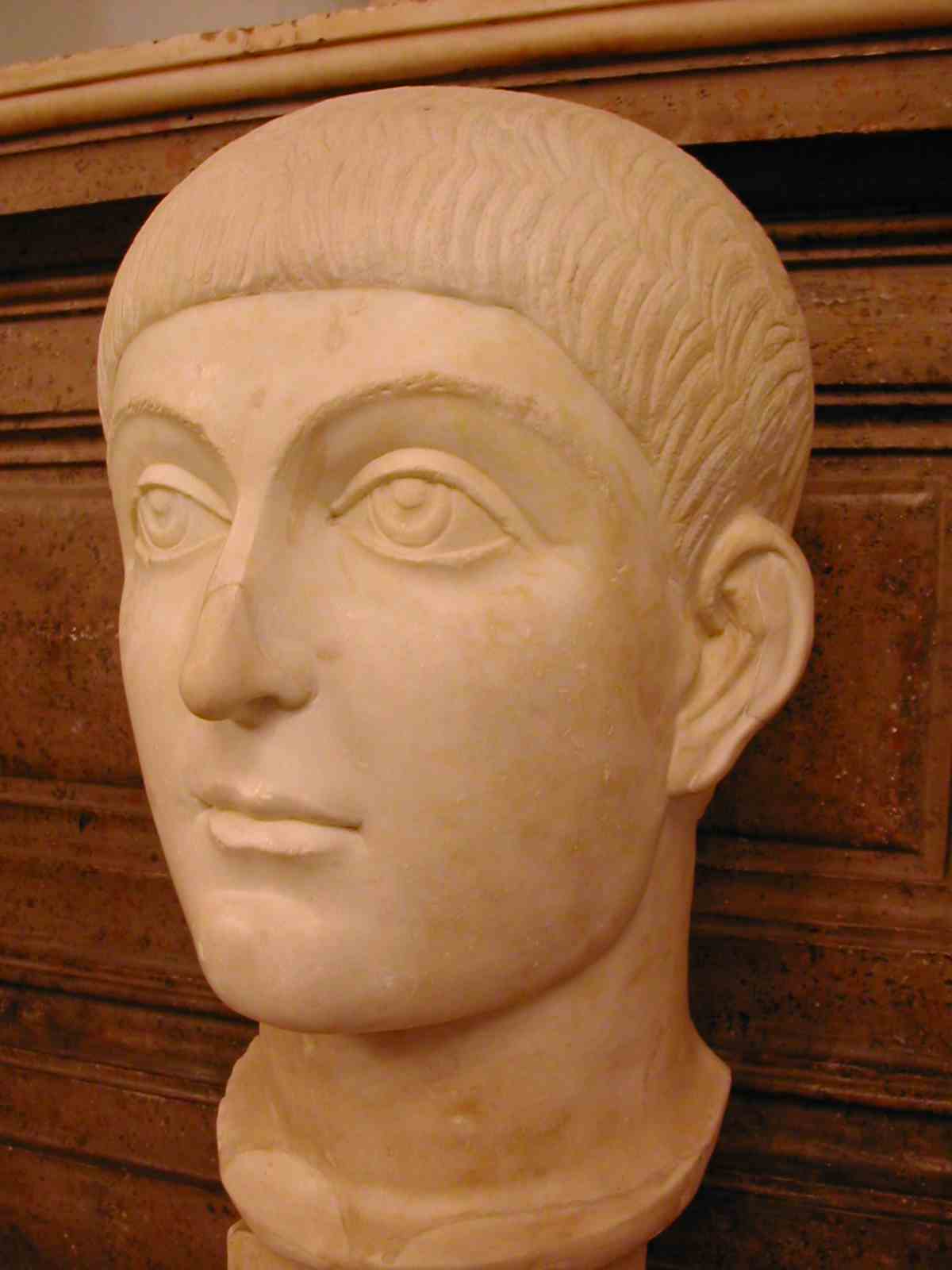 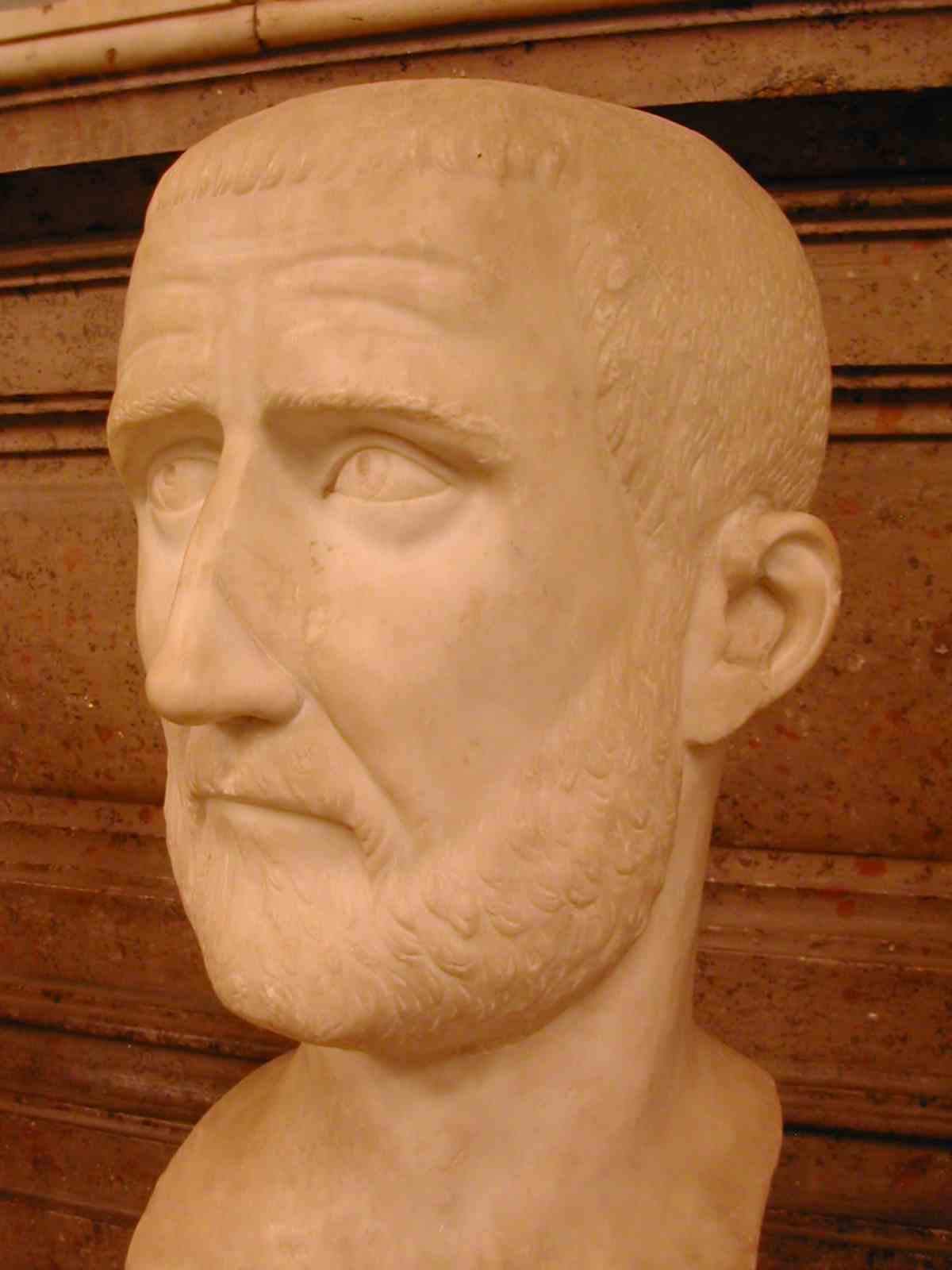 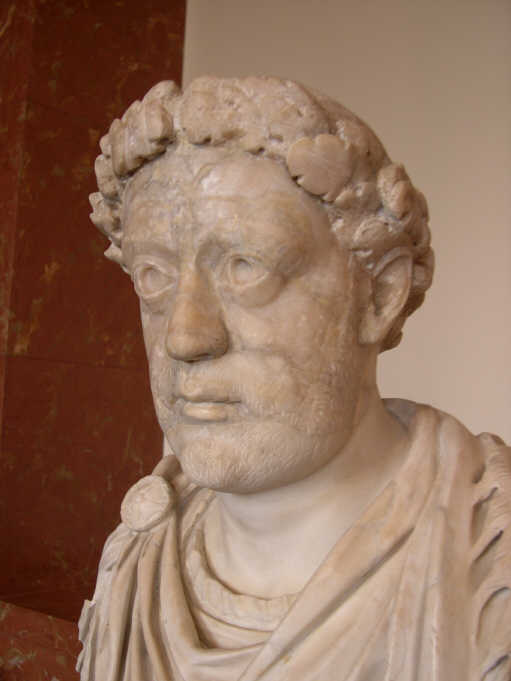 A ‘barbaric’ millennium follows until the ‘regeneration’ (renaissance is a French word meaning ‘rebirth’) of both ancient art and learning begins to restore both the quality and craftsmanship, so that by the 19th Century, the academics were illustrating both the myths of Rome and Greece, and the daily street scenes of fifteen-hundred years prior. 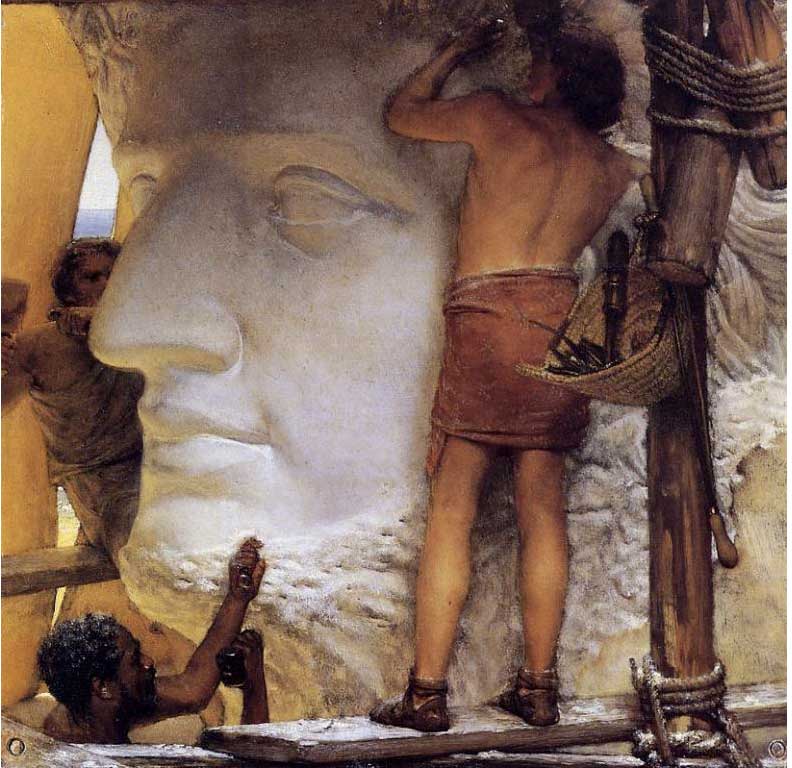 The United States of America was founded in the late 18th Century as a restored Roman republic. 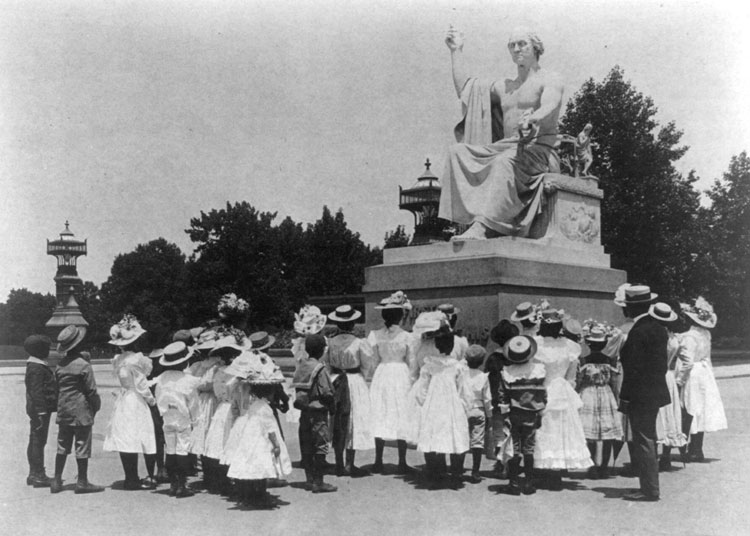 By the late 20th Century, The United States represented the completion of the project to restore Rome, and had become an Imperial power. However… 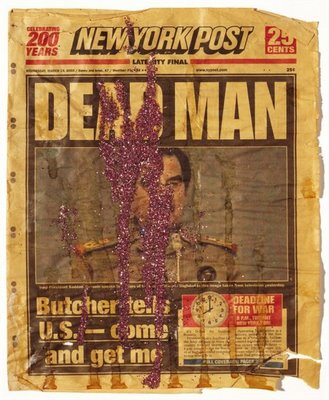 3. A brief history of Western Art by the Chinese

You Westerners are full of yourselves.