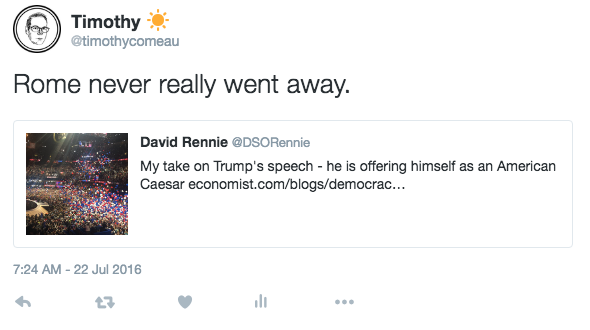 Rome never really went away after all; after the fall of it’s bureaucratic infrastructure and the sacking of the city, the Empire saw itself continuing on in Byzantium for another thousand years while in Western Europe the German barbarians saw themselves as its conquerers and inheritors. However, they brought about a solid five hundred year block of indifference to learning and culture we now call the Dark Ages, during which time the Church’s mythology intermingled with what remained of the Roman culture.

From The Da Vinci Code. Emperor Constantine, baptised on his death bed by Eusebius of Nicomedia, on 22 May 337.

Eventually its teaching had become so dominant as to eclipse the secular culture of the past Empire. As we say, it was Petrarch and those who followed who revived Rome, and who called the in-between time the medium aevum. 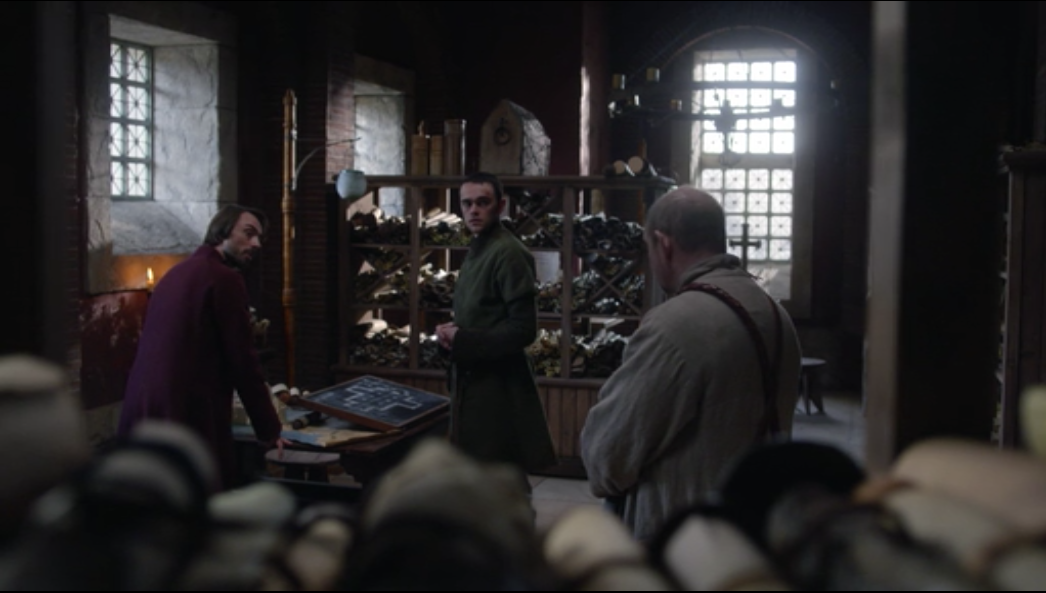 From The Last Kingdom. King Alfred in Imperial Purple confers with his architect Oder on the construction of the cathedral, in the palace which is a re-purposed Roman building left over from their occupation some four hundred years before


Charlemagne had believed himself another Emperor after being crowned by the Pope in the City, while the German tribes who had conquered her called their body-politic The Holy Roman Empire.

… And on it went until the politics had become those of the Church’s division, and after the discovery of two continents in the middle of the Great Western Ocean, the old ideas of superiority and conquest and enslavement could re-emerge until Westphalia in 1648 carved the people whose vulgate Latin had evolved into the languages that share the name of the nation-states that then emerged.

By this time, ancient Roman works were back in circulation and an understanding of the world that was both independent and older than the Church developed. This challenged the Church’s vile politics of which make believe was believable and the murdering of its heretics, and this secular understanding also challenged the inherited monarchies that claimed authority according to the church’s make-believe.

The 18th Century churned into the 19th Century and Britain was the new Empire, carrying coal nuggets and heavy cast iron around the planet and it was finally triumphant a hundred years ago, when Rome’s conquerer in 1453 finally fell to it, and it carved up its territory with geometric precision on paper maps in Versailles’ rooms, assigning this desert to that people and then partnering with the upstart across the ocean to support the dictators who emerged to run the countries and keep the new super-fuel flowing into the gasoline engines and central heating tanks of the people most loyal and most English. 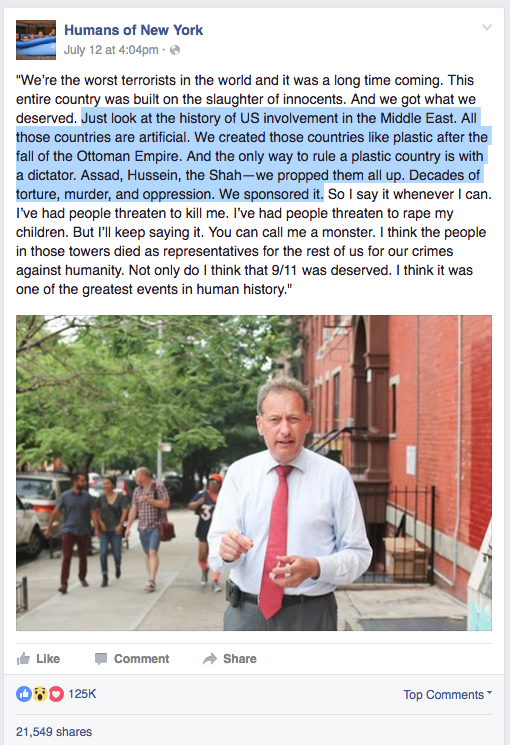 When the war of a century ago humiliated that country once called The Holy Roman Empire, a mad Emperor emerged there who removed the Kaiser and mounted eagles on banners and aligned his centurions before podiums before sending out his soldiers to cleanse the continent of anyone who wasn’t pure-blood and this was a great evil that needed to be overcome by the upstart colony from across the sea, who had rebelled against The Empire That Was and planted the flag of a Republic, when everyone had been raised on Latin and Greek and the stories of Rome before the Kaisers.

This Child-of-Rome joined forces with the Empire-That-Was to defeat the Empire-that-Would-Be, not only in Europe, but across the other ocean, that of Japan, which is a whole other story.

The planet had finally wrapped itself together, the ancient politics of one Empire stretched to meet the ancient politics of another, and after harnessing the power of stars the Child of Rome, this upstart of European refugees and outcasts, like the first population of Rome under Romulus, found itself triumphant, the winner of the great victories, and now it was The Empire, it was Charlemagne reestablishing the ancient realm, and it began to eclipse the Empire That Was. Thus in six hundred words I’ve told the story of the past fifteen hundred years since Rome “fell”.