Lucian Freud was reported to have called Leonardo da Vinci a terrible painter, which on the face of it seems old man’s contrarian fun. But it’s not inexplicable.

In Da Vinci’s time, paintings were moving away from Mediaeval stylization toward what we’d consider ‘hand made photographs’. Artists of the time wanted to depict retinal reality, and Da Vinci was the master at this. 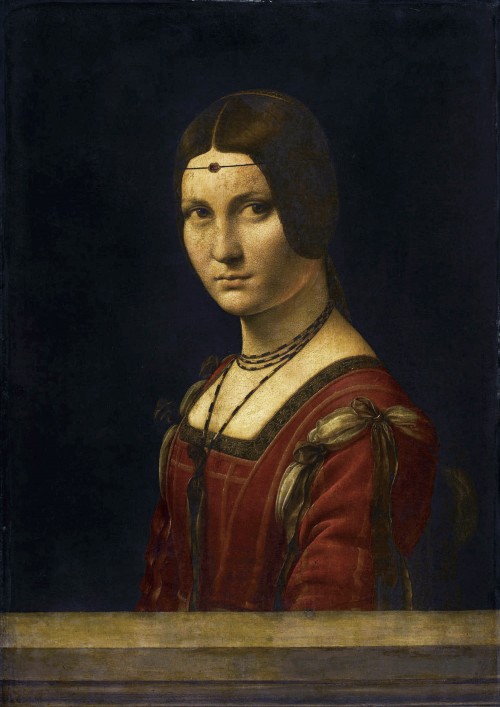 Vasari wrote that one could almost perceive the pulse in Mona Lisa‘s neck, an effect which really isn’t unbelievable. In the Leonardo Live broadcast I saw this past week, La Belle Ferroniere appeared to breath, which I attribute to Leonardo’s sufmato, where the softness of the edges echo the effects I once observed in a Rothko – because the edges have no definable boundary, an optical illusion of movement is created, so the Rothko seemed to pulse, and the Da Vinci portrait seems to breath. 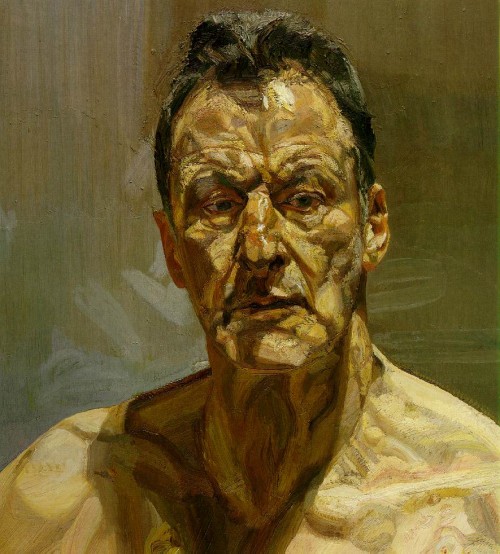 Lucian Freud on the other hand, was a master of medium specificity, the modernist mantra promoted by Clement Greenberg in the mid 20th Century. His critique of Da Vinci was precisely from this point of view: Leonardo sucks at painting because his paintings don’t look like paintings. For Leonardo and his contemporaries, this was a success. For the standards of the late 20th Century, it is a failure.

For me, the best example of the medium specificity ethos can be found in Charles Dicken’s 1854 novel, Hard Times:

Why, then, you are not to see anywhere, what you don’t have in fact. What is called Taste, is only another name for Fact.

This is a new principle, a discovery, a great discovery.

You are to be in all things regulated and governed by fact. We hope to have, before too long, a board of fact, composed of commissioners of fact, who will force the people to be a people of Fact, and nothing but fact. You must disregard the word Fancy altogether. You have nothing to do with it. You are not to have, in any object or use of ornament, what would be a contradiction in fact. You don’t walk up flowers in fact; you cannot be allowed to wall upon flowers in carpets. You don’t find that foreign birds and butterflies come and perch upon your crockery; you cannot be permitted to paint foreign birds and butterflies upon your crockery. You never meet with quadrupeds going up and down walls; you must not have quadrupeds represented on walls. You must use, for these purposes, combinations and modifications (in primary colours) of mathematical figures which are suspceptile of proof and demonstration. This is a new discovery. This is fact. This is taste.

This mid-19th Century anti-imagery disposition is in fact an echo of the ancient prohibition against images that is found in The Bible. That prohibition reasserted itself during the Iconoclastic years during the Catholic and Protestant split, and is also found within the tenants of Islam, from which this official’s prescription may be a parody: in banning representation, Islamic arts developed geometric pattern to a degree we find astonishing.

A century after Dickens’ words were written, it had become the dominant aesthetic ethos. Art historians tend to bring photography into the explanation, since photography was superior and easier to accomplish than a Da Vincian masterpiece. Painting was left to explore its possibilities as a coloured viscous media.

By our early 21st Century, we’ve left aside concerns that painting need to do anything except be a painting. Young people continue to take up brushes because painting is an interesting and fun thing to do, and occasionally wonderful things result.

As noted, Dickens’ novel was published in the mid-1850s. This was a time when photography was just beginning, and the dominant aesthetic movements were Academic Classicism and Romanticism. The Pre-Raphaelite Brotherhood were active, who formed themselves around the idea that art before Raphael (aka Da Vinci) was superior to the work that came after him (the imitation of Michelangelo known as Mannerism). 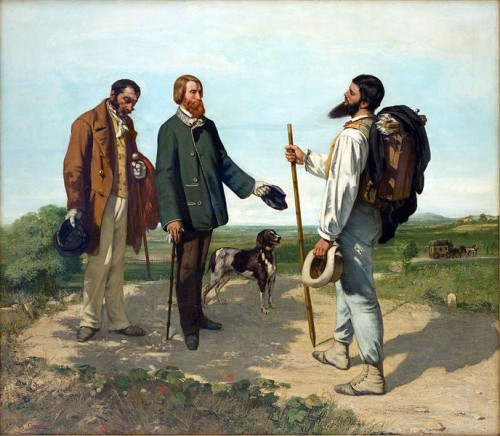 Realism, as an art movement, was also happening during this time, and 1854 was the year Courbet painted his famous Bonjour Mons. Courbet. Realism, as described by Wikipedia:

attempt[ed] to depict subjects as they are considered to exist in third person objective reality, without embellishment or interpretation and “in accordance with secular, empirical rules.” As such, the approach inherently implies a belief that such reality is ontologically independent of man’s conceptual schemes, linguistic practices and beliefs, and thus can be known (or knowable) to the artist, who can in turn represent this ‘reality’ faithfully. As Ian Watt states, modern realism “begins from the position that truth can be discovered by the individual through the senses” and as such “it has its origins in Descartes and Locke, and received its first full formulation by Thomas Reid in the middle of the eighteenth century.

The Great Exhibition of 1851 had put on display a variety of consumerist products made by machines. Influenced by the Pre-Raphaelites, and the writings of Ruskin who championed them, the Arts & Crafts Movement began in the 1860s, led by William Morris. From The Arts and Crafts Wikipedia page:

The Arts and Crafts style was partly a reaction against the style of many of the items shown in the Great Exhibition of 1851, which were ornate, artificial and ignored the qualities of the materials used. The art historian Nikolaus Pevsner has said that exhibits in the Great Exhibition showed “ignorance of that basic need in creating patterns, the integrity of the surface” and “vulgarity in detail”.[25] Design reform began with the organizers of the Exhibition itself, Henry Cole (1808–1882), Owen Jones (1809–1874), Matthew Digby Wyatt (1820–1877) and Richard Redgrave (1804–1888). Jones, for example, declared that “Ornament … must be secondary to the thing decorated”, that there must be “fitness in the ornament to the thing ornamented”, and that wallpapers and carpets must not have any patterns “suggestive of anything but a level or plain”. These ideas were adopted by William Morris. Where a fabric or wallpaper in the Great Exhibition might be decorated with a natural motif made to look as real as possible, a Morris & Co. wallpaper, like the Artichoke design illustrated (right), would use a flat and simplified natural motif. In order to express the beauty of craft, some products were deliberately left slightly unfinished, resulting in a certain rustic and robust effect.

In 1908, Adolf Loos published his (in)famous essay Ornament and Crime (trans to Eng: 1913), which argued that ornament was a waste of energy, in addition to applying racist and moralistic interpretations (equating the tattoos of the South Pacific natives with primitive barbarism). As Wikipedia notes, this essay is an historical marker as a reaction to ornamental style of Art Nouveau:

In this essay, he explored the idea that the progress of culture is associated with the deletion of ornament from everyday objects, and that it was therefore a crime to force craftsmen or builders to waste their time on ornamentation that served to hasten the time when an object would become obsolete. Perhaps surprisingly, Loos’s own architectural work is often elaborately decorated. The visual distinction is not between complicated and simple, but between “organic” and superfluous decoration. He prefigures the Brutalist movement that spreads from the 1950s to the mid 1970s.